HFCS Exposed: One Change To Improve Your Health 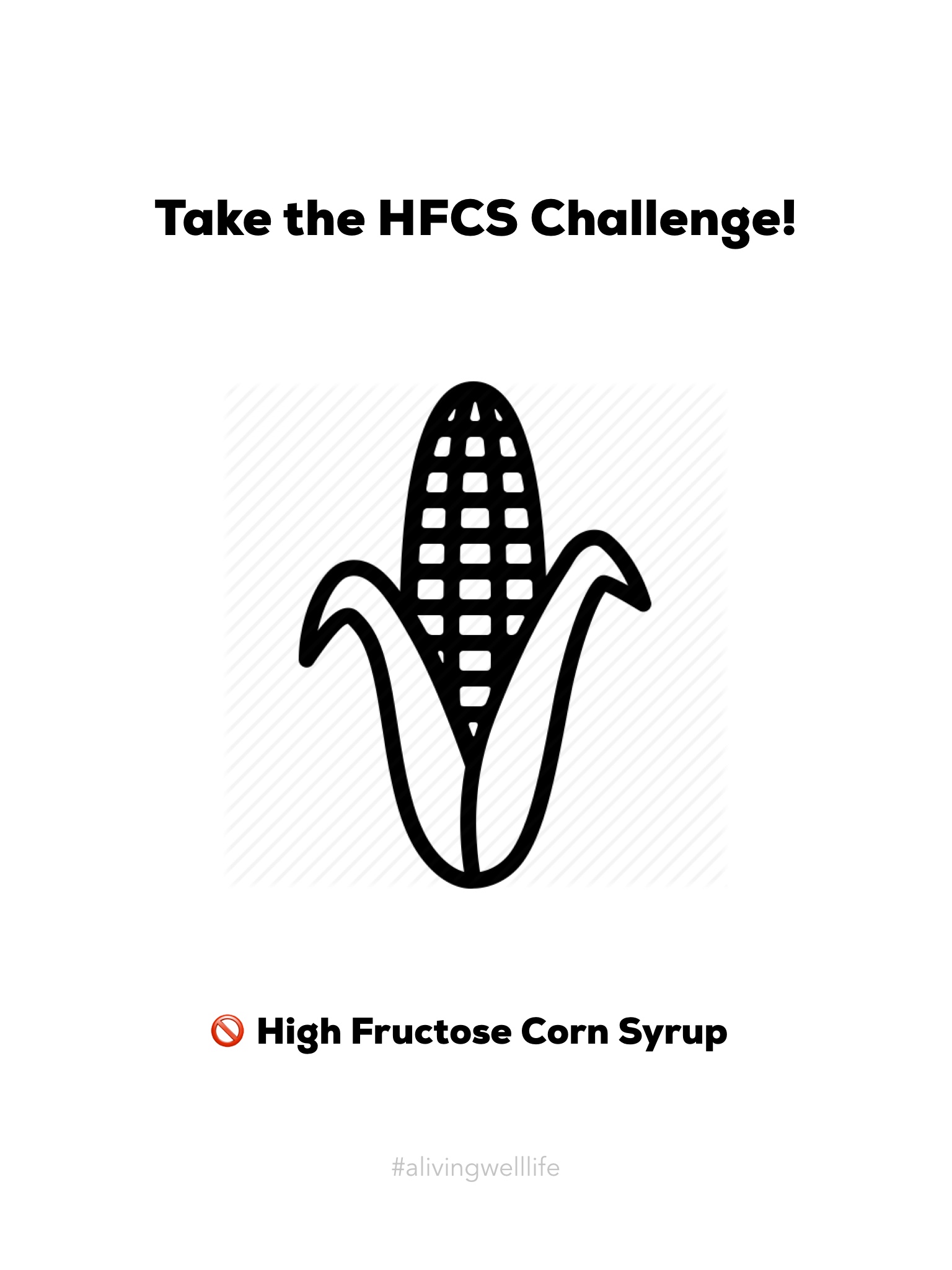 Okay, my beautiful friends, I have a challenge for you. If I told you that you could eliminate one ingredient that would make a huge, impactful difference in your health, would you do it???

It mysteriously began appearing on market place shelves in the 1970’s. And then in 1984, Coca-cola and PepsiCo, made a radical announcement that they were going to be using this new substance in all of their beverage production. I remember a verbal scuffle about it at my grandparent’s home in Boston around then. My 85 year old Grandpa asked Nonna if she would pick up his “tonic” when she went to the grocery. Bostonians refer to tonic as anything that bubbles, it could be cola, orange soda, ginger ale, etc, and it was a staple in their home. But this time, she refused, stating that those companies were using it to poison us. I thought that seemed very dramatic back then and especially from her. Little did we know what was going to happen to the health of our country, but looking back, it seemed that she had a foreboding about it’s use. It’s been misrepresented for decades and is one of the leading causes of obesity, diabetes, liver failure, heart disease, and cancer. It’s been implicated in leaky gut and autoimmune diseases as well.

One more clue: Advertisers and marketing experts have spent millions and millions trying to convince us that it’s just “corn sugar”, but their omission is misleading and deadly.

I’m sure by now, you’ve figured out that this body burdening chemical is High Fructose Corn Syrup or HFCS. It’s use increased more than 1000{b85f92d41f32e11536dd913cce40b22a86049444ce8ae72eb2006c7822b53637} from 1970 to 2010! Whoa!! Let’s put this another way: In 1970, Americans consumed an average of 1/4 pound of HFCS per year compared to 81.3 pounds per person per year by 2010. During that time period, obesity rates have more than tripled and diabetes incidence has increased more than seven fold. Maybe Nonna was right. With those statistics, wouldn’t you think it would be beneficial to know what HFCS actually is and what kind of impact it’s having on our lives??

Let’s start with why it appeared in the market. Money. It was cheaper to manufacture than cane sugar and mixed well with other liquids, like soda, in cake and bread mixtures and in processed foods, so without much in the way of testing, and lots of “proprietary methods” that prevented full disclosure, this product was launched into our markets and our bellies as “natural”.

Technically, I suppose that term is correct. It’s slipped in under the “natural” standards set forth by the USDA, but barely. Just because something is natural doesn’t mean it’s good for you. Take poison ivy for instance. Ultimately, high fructose corn syrup is a highly refined product. It goes through a multiple step process as caustic soda and other chemicals, are used to strip the corn to make this sugary syrup. Caustic soda has been linked to mercury contamination, which can then contaminate the high fructose corn syrup, which can then transfer to the foods you are eating. In one study, almost half of the HFCS tested was contaminated. Let’s, also, seriously consider glyphosate - chemical weed-killer - that is used prolifically on these genetically modified crops. The reports are finally being released regarding the relationship between that chemical and cancer, and it’s imperative that you steer clear of it around your home and in your food.

Okay, let’s pretend those issues don’t even matter. So what’s the difference? Isn’t sugar sugar no matter what the form??

No. Even though glucose and fructose are both “simple sugars” that provide 4 calories per gram, the body processes them differently. Glucose is metabolized by several organs, including the brain, liver, muscles, and fat tissue, and has a direct effect on blood sugar and insulin levels. This is the way nature intended. On the other hand, high fructose corn syrup, stripped and processed, is metabolized primarily by the liver, and though it does not have a significant effect on blood sugar or insulin levels, it has been shown to have:

If we want to know what’s causing a health concern, we need to look at all contributing factors. If we want to adjust the trajectory of our health, we need to change what we’re eating. It’s as simple, and un-profound as that!

What do you think? Are you willing to take a 28 day challenge - read all your labels, avoid processed, and pre-pared foods, and HFCS soft drinks?? I highly encourage it, but you get to decide if your wellness is worth it.

Before you begin, however, please beware of imposters, disguises, and new languaging labels  for HFCS such as:

Oh, wait, does fructose mean we shouldn’t eat fruit? Absolutely not!! The fiber found in fruits slows down the absorption of sugar, causing minimal spike. Your body was created to utilize and metabolize these nutrient dense sweet treats! Enjoy them abundantly.

There’s power in community! Let’s do this together!

For additional health strategies and solutions, please join us in our a Living Well Life community.